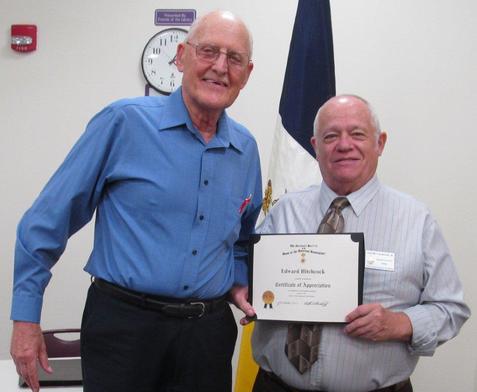 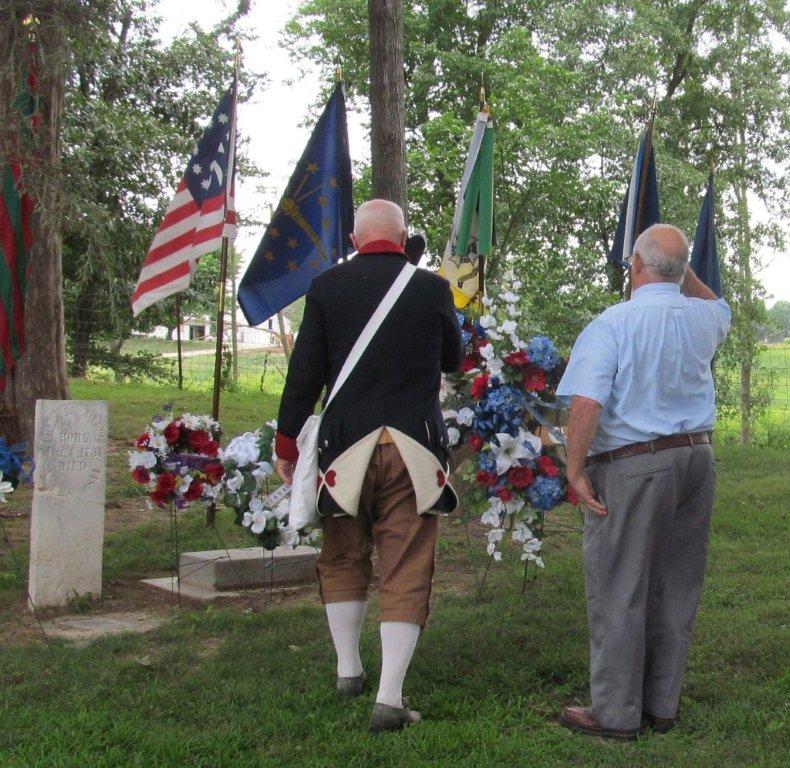 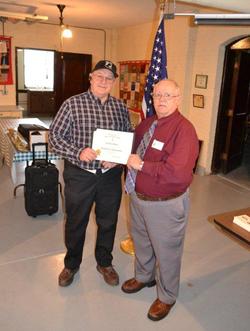 John Martin Chapter President Cliff Blanchard (right) presents the SAR Certificate of Appreciation to Woody Moore during the 6 May meeting . Moore spoke about his work with the Orphanage program in Vietnam, and being a POW and his rescue by American servicemen. 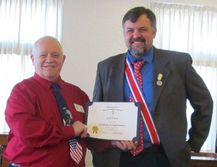 Mr. Voris spoke to SAR and DAR members about the Children of the American Revolution (CAR) program.

George Rogers Clark wreath laying ceremony in Vincennes, Indiana on 28 May 2016.  SAR, DAR and CAR representatives from as far away as New Jersey were present.
John Martin Chapter President Cliff Blanchard and Secretary Dave Clendenen took part in the ceremony. 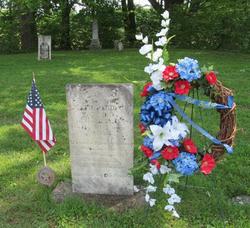 John Martin Chapter President Cliff Blanchard presents Matt Huber (left) with the SAR Certificate of Appreciation at the 14 May meeting held in the Clay County Historical Museum. Matt Huber has been a member of the Brazil Concert Band since 1968 and the band's director since 1982. Mr. Huber spoke about the history of the BCB and displayed part of his military collecting 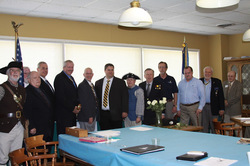 Picture taken at the April HOD meeting in Indianapolis. It's a photo of the newly elected INSSAR State officers (April 2016 to April 2017).

Congrats to Cliff Blanchard who was elected INSSAR Assistant Secretary